What to eat before a football match?

Do you know what footballers eat before a match?

For some time now, nutrition has become one of the most important things to increase athlete performance.

Nutrition and hydration are two of the basic pillars when it comes to ensuring every player is able to perform at the highest level, and should be tailored according to the individual needs of each player. The reason for this is to provide enough nutrients to promote muscle growth and make sure the athletes are prepared to endure the high intensity levels of each game.

Therefore, it is necessary to know how it directly affects performance in training and matches and which foods are the best to eat before a match to obtain better results.

What are the benefits of having a nutrition plan?

Although the article focuses on what is good to eat before a soccer match, we want to make it clear that a healthy diet should be followed throughout the season. Otherwise, a drastic change of diet the days before, would not have any effect.

You should also adjust your diet based on the type of competition and the frequency you play.

That being said, we’re going to give you a series of tips so that it is easier for you to know what to eat before a football match and which foods you should avoid.

When and what to eat the day before a football game?

The technical staff, made up of the team of physical trainers and nutritionists, are in charge of planning the nutrition of the entire squad, for training sessions and for pre and post-matches.

The key starting point is to understand that the muscles need to perfectly absorb the nutrients after ingestion, and that it is necessary to work with foods that favor this action.

It should be emphasized that no diet for athletes, or any type of person, can be generalized, since it must be adapted based on the nutritional needs of each player, the type of food, recommended amounts, calories, etc.

It is also important to know:

The time of the match or training session, the time elapsed between the last meal and the time to start the match.

With these in mind, let’s delve into what to eat before a football match, having as goals the maintenance of optimal hydration levels and good energy levels.

If during the half time break you need to eat something, resort to fruits, protein bars or gels rich in carbohydrates for and energy boost.

What not to eat before a match

Now that we know what foods are best to eat before a game, let’s talk about with ones we should avoid.

The food to eat before a match should be easy to digest, to steer clear of any surprises during the game. Some examples are:

Hydration of the players

Our bodies are composed of 60% water, so hydration is such an important element for the player’s well-being before and during the match.

It’s important to educate the players on the importance of fluids intake throughout the day. Its recommended to hydrate 2-3 hours prior to the start time.

The players tend to lose a massive about of water in the form of sweat due to the energy drain. There isn’t a specific about of liquids the athletes should consume; athletes should drink when they are thirsty, and found an opportunity during the match.

Recovery is key for replenishing both salts and water lost during the game. Isotonic drinks come into play during this period, since they are composed of sugars and salts that will favor the body’s electrolyte replenishment, lost during the match. It’s also important to combine it with water to maintain a good balance. 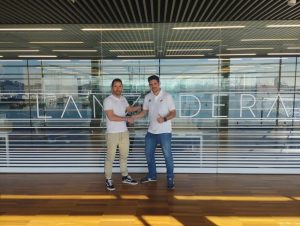 Valencian startups Clunnity and Bcoach join forces. Both companies, specializing in football, will ally to empower each other and continue 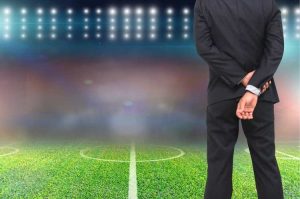 There are many figures within a sports club, physical trainers, technicians, managers, field support staff among others. Today we’ll delve

bcoach It is the leading training and match management app. Made by professionals for professionals. Adapted to all categories: prebenjamines, benjamines, fry, children, cadets, youth…

This website uses cookies to improve your experience while you navigate through the website. Out of these cookies, the cookies that are categorized as necessary are stored on your browser as they are essential for the working of basic functionalities of the website. We also use third-party cookies that help us analyze and understand how you use this website. These cookies will be stored in your browser only with your consent. You also have the option to opt-out of these cookies. But opting out of some of these cookies may have an effect on your browsing experience.
Necessary Siempre activado
Necessary cookies are absolutely essential for the website to function properly. This category only includes cookies that ensures basic functionalities and security features of the website. These cookies do not store any personal information.
Non-necessary
Any cookies that may not be particularly necessary for the website to function and is used specifically to collect user personal data via analytics, ads, other embedded contents are termed as non-necessary cookies. It is mandatory to procure user consent prior to running these cookies on your website.
GUARDAR Y ACEPTAR